This is bugging me

One of the really nice things about living in the central Shenandoah Valley is the absence of many biting insects cause welts, itching, and irritation that can ruin early mornings in the garden or an evening on the porch. I can recall many years in which I counted mosquito bites for the entire summer on my fingers and toes. And, we don't have the green head flies and black flies that infest some eastern areas of the commonwealth. It does seem though, that blood sucking politicians are found in all regions of Virginia. 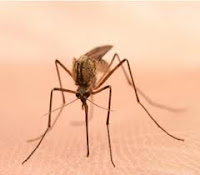 Growing up in Tidewater, I can remember how bad mosquitos were on a sultry summer night. The city had a truck that patrolled neighborhoods fogging the air with some unknown mist to kill the nasty little devils. As kids we were glad to see the relief from itching coming down the road, but in retrospect it was probably some toxic witches brew that, while killing mosquitoes, is responsible for my memory loss in older age. When I stayed in the Valley after college, I didn't miss the mosquitos or flies of my childhood. Visits home often brought painful and itchy reminders of what I'd left behind.

But the nasty little vampires seem to be finding a niche in the Shenandoah Valley, or at least in my backyard, over the past couple summers. Perhaps this summer we can attribute it to the heat along with the rainfall and humid conditions. Many mornings and evenings I'm hit with multiple mosquito bites in just a few minutes. With some hesitation, I break out the Deet bug spray (the only thing that consistently works for me) and keep them at bay while rubbing a little anti-itch ointment on the  growing red bumps.

Manmade climate change and global warming may be responsible for some of the recent population increase in these nasty bugs in the Valley. And there is a bigger picture - we may just be on the cusp of a future with more bugs and diseases that aren't familiar to most folks in the U.S.A. An interesting  Mother Jones article, 7 Climate Change Diseases to Ruin Your Monday, highlights the science behind climate changes that are creating favorable conditions for odious and dangerous diseases to find their way into your home town. Check out just a few of these disagreeable and gross diseases spread by mosquitos and ticks:
The link above will give you more information about each disease (and others spread by algae and fungus) including symptoms and the forecast about them potentially spreading to North America.

In the meantime, pass the Deet. Maximum strength!

UPDATE - 23 AUGUST
According to the CDC, the West Nile outbreak is the largest ever with four times the cases for this time of the year. There have been 41 deaths and 1,118 cases in 38 states - about half in Texas with ground zero being the Dallas area. There are probably many more cases since people with mild symptoms often don't go to a doctor. Ways to avoid the West Nile virus (other than staying away from Texas) include: