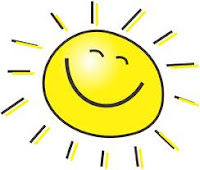 The self-guided Shenandoah Valley Regional Solar Open House Tour will be held Saturday, October 6, 2012 from 8:00 AM to 5:00 PM (hours vary by location). Visit all or some of the locations as your time permits. The tour includes properties in Harrisonburg, Waynesboro, Rockingham County, and Augusta County. Learn how abundant and renewable solar energy could meet 20% of the commonwealth's future electricity needs. The tour is organized in conjunction with the ASES National Solar Tour.


Bobblehead Bob has been dodging debates so it is good news that an actual debate schedule has been agreed upon even if it is compressed into just four days. Not yet known, and possibly not yet determined, are the length and format of the debates; will individual debates focus in certain issus; who will moderate each debate; how will questions be determined; and if there will be TV, radio, or internet broadcasts.

There may be an explanation, but the October 15 mid-morning timing seems a bit odd - difficult for working folks to attend and since that is a school day parking and just who gets in the auditorium might be problematic.
Posted by Belle Rose at 9/29/2012 07:35:00 AM No comments:

The season of the *

Although this blog mostly focuses on Shenandoah Valley issues, as a Packers fan and stockholder (one share) I am outraged that a blown call on the last play stole a win from Green Bay last night. And that doesn't even factor in other missed calls in the last few minutes - defensive pass interference that was actually offensive pass interference (or a no call) and a very questionable roughing the passer flag that took away an interception by the Packers - both of which were game changers in their own right.

This NFL season should be remembered with a giant * in the record books. This is season in which the league looses credibility, fans and brand with each game... sometimes each call. Unless the NFL quickly cleans up this mess,  I'll find other things to occupy my Sunday afternoons and watch other shows during those weeknight games - there is better officiating on American Idol. Even the fools on Fox News call it better than the replacement NFL officials.
Posted by Belle Rose at 9/25/2012 07:16:00 AM No comments:

It is quite telling when the Republican ticket has to campaign heavily in the Shenandoah Valley and other GOP strongholds in the commonwealth. It must be true that Romney's internal polls show the same thing as most published polls - President Obama has a strong lead in Virginia with Democratic coattails helping Tim Kaine.

After Ryan's visit to the Rockingham County Fair Grounds several local Repugs called on the ticket to "get tough." What does "get tough" mean? Call the President a "socialist?" Play the race card? Make up some new lies, a strategy that seems to be boomeranging on Romney/Ryan as the top dog keeps stepping in it?

Or perhaps blame the 47% for dragging America down? Jon Stewart calls out Romney, Ryan, and Hannity (he's the one wearing hip boots covered in sh*t) in "CHAOS ON BULL#%T MOUNTAIN" in the following clip from Wednesday night:

Nearly every week there is a news story or editorial about Bob Goodlatte dodging debates with Andy Schmookler in the Sixth Congressional District election. Goodlatte has survived for 10 terms by doing little, meeting with constituents... err, I mean Republicans... mostly in highly controlled events, and representing us even less. Bobblehead Bob must figure that is a good recipe for electoral success in 2012. Unfortunately, it is a bad concoction for good governance.

Bobblehead Bob's campaign says he will debate but they won't even talk about when, or where, or how many. To many observers it is clear he wants to run out the clock by playing it personally safe even as he makes a sham of participatory democracy.


Coarse Cracked Corn's
Top Ten Reasons Bob Goodlatte is a Debate Dodger
I'll wager you have other reasons Bobblehead Bob is virtually invisible to all except GOP activists. Add them in the comments!
Posted by Belle Rose at 9/12/2012 11:06:00 AM No comments:

I used to listen to Star 94.3 Classic Hits broadcasting out of Staunton, VA. Today and tonight and tomorrow -- not so much. Not at all.

Something changed with the station about the time the derecho roared through the Shenandoah Valley in early July. We lost power for several days, Star 94.3 was basically static for about a week after that. When it came back to broadcasting the signal seemed a little stronger but the content went down the crapper like a turd seeking a septic tank.

For one thing it seems like they dumped the local DJs and are broadcasting something canned with spam. Like that horrible Delilah they have in the evenings. The emails linking me to a listener survey ended. And the music took a turn sharply south of "classic."

So, I'm listening to old CDs and to new mp3s in my truck and car. I tune into Star 94.3 once in a while, but it is increasingly getting to be only once in a very blue moon. I check out and listen to UVA sports and occasionally tune in for (stale) local news/weather but am looking elsewhere for information and entertainment.

On September 19 the State Corporation Commission will hold a public hearing on Dominion Resource's Community Solar Power Program. According to Dominion it includes "company-owned solar PV DG systems; both on leased roof space or ground-mounted installations, as well as the purchase of output from customer-owned solar PV DG systems." When fully completed Dominion would generate 30 MW of solar generated electricity - enough to power about 6,000 homes.

Solar generated electricity has made great strides in other states where laws and company policies encourage building for a cleaner and more secure tomorrow. For example, New Jersey, a state with less solar potential than Virginia, already has built 850 MW of solar and has another 600 MW in the works. Dominion's tiny step towards generating clean energy in the commonwealth would, by 2027, produce just 0.006% of the company's expected output.

Nevertheless, the Community Solar Power Program is a move in the right direction for improving the quality of our air and water and the health of our citizens. Construction of these facilities will create Virginia jobs and encourage more clean energy by Dominion and other electric utilities. Tell the SCC and Dominion that you support the Community Solar Power Program and you expect Dominion Resources to do even more to bring clean energy - solar and wind - to Virginia.

In other Dominion Resources news, the company is seeking permission to convert the 227 MW Bremo Power Station in Fluvanna County from coal to natural gas. It would be the ninth Dominion coal-fired plant to be converted to other fuels or closed in recent years. Although not nearly as clean nor renewable as solar and wind, in the short term these conversions signal progress in eliminating dirty coal from polluting our skies and threatening the well-being of our families and the climate.
Posted by Belle Rose at 9/06/2012 08:17:00 AM No comments:

It well known that the GOP is hell-bent on making it more difficult for people to vote. In nearly a dozen states Republicans have passed new voter ID and early voting laws specifically targeted at groups they fear may vote Democratic. Their cries of "voter fraud" are itself a fraud on the American people. Voter fraud is virtually nonexistent in the U.S.A.

Not content with keeping people from voting, Republicans in several states, including Virginia, are working overtime to keep candidates off the ballot. Yesterday, over objections and legal challenges by the Virginia GOP, the State Board of Elections ruled that former congressman and Constitution Party nominee Virgil Goode qualified for the presidential ballot in the commonwealth. The board also certified Libertarian Party and Green Party candidates for the ballot.

With some help from the Green Party in collecting signatures (Greens like his stand on increased spending for passenger rail), Goode submitted over 20,500 signatures to the State Board of Elections. The law requires 10,000 valid signatures of registered voters with a minimum of 400 in each congressional district.

Will Goode's presence on the ballot impact the outcome of the presidential contest in Virginia? Apparently the state GOP believes the former congressman's name recognition and extreme right wing views will be attractive to tea party and xenophobic types that are a major block of GOP support in the commonwealth. There is some evidence to support that point of view. Late spring and early summer polls that included Goode's name showed he might pick up 5-9% of the Virginia vote with nearly all of that coming out of Mitt Romney's political hide. Virgil won't lay that many eggs, but even if he only lays one or two, in battleground Virginia the yoke will be on Romney.

Mitt Romney is the nominee only because $$$ made him the last man standing in a field crowded with wackos. He's flipped and flopped on nearly every issue under the sun. His Mormon religion isn't trusted by the evangelicals in the GOP. The only reason Romney even has a chance is Republican's over-the-top fires of hatred of President Obama that are stoked daily by Karl Rove and the Koch brothers money and slick ads. With their nominee neither liked nor trusted it is no wonder Virginia Republicans are horrified that Virgil Goode is on the ballot - he is everything they want Mitt to be!

We can expect the GOP, with help from the wild man in the Attorney General's office, to keep the challenges going if for no other reason than to raise questions about Goode in voters' minds in hopes it will reduce his appeal. Goode will be their morning-after excuse (couldn't be a crummy nominee or a bankrupt party) when Virginia's 13 electoral votes end up in the Democratic column for the second straight time!
Posted by Belle Rose at 9/05/2012 06:04:00 AM No comments: