Not in Virginia's Backyard

A couple of breaking stories remind us of what is special about Virginia heritage and environment.
Orange County  Actor Robert Duvall, a descendent of General Robert E. Lee, invaded Orange County to deliver a simple message to Walmart - not here, not on this sacred land. The mass retailer wants to build a "Supercenter" about a mile from the Wilderness Battlefield. Lee and General Ulysses S. Grant fought a bloody battle 145 years ago at the site. Over 250 historians, including filmmaker Ken Burns and David McCullough, have joined the effort to block the Wal-Mart project so close to a important piece of Virginia and American history.
Orange County planners will have a public hearing on May 21. The final decision rests with the Board of Supervisors. Contact them a urge them to say NO to Walmart at this location. Learn more at NO WILDERNESS WALMART. 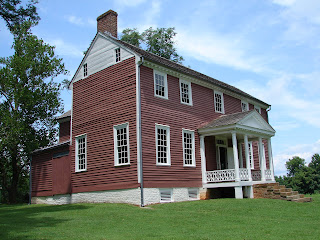 Duvall spoke from the porch of Ellwood Manor. A photo of our July of 2006 visit. The former plantation has been partially renovated. 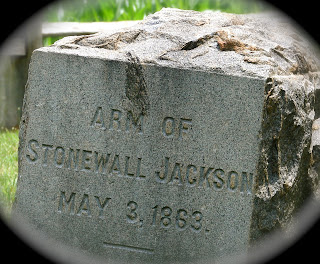 This monument is a short distance from Ellwood Manor. More info.
Augusta County  Arthur J. Fisher has been finded $145,000 by the State Water Control Board for destroying a rare Virginia wetlands. Quarles Pond, near Stuarts Draft, is the largest sinkhole pond in the Shenandoah Valley and it believed to be 15,000 years old. It supported a number of rare insects and plants. The fine is the largest wetlands penalty imposed in the state. In 2003, Mr. Fisher had been notified he would need a permit for any construction disturbing the wetlands. In addition to the fine, the consent order requires he restore the wetlands and will be subject to monitoring for 10 years.
Some things are precious and need to be preserved even if private landowners are inconvenienced and cannot use their land as they may desire. Yes, at times private property rights must give way to the greater good for our generation and the next.
Posted by Belle Rose at 5/05/2009 07:23:00 AM

the state is full of crap. this pond is a mud puddle at most about 6,000 years old. proof is here
http://www.answersingenesis.org/articles/2007/05/30/how-old-is-earth