As more reports of stolen and vandalized Obama/Biden signs stream in to the local committees, other signs are appearing to counter the "I Am Voting For The Chick" signs in the central valley.
Many women (and men) find the "chick" signs offensive and a put-down on women. So, was whoever made them (there is no authorization statement so I assume it was an individual) a dumb cluck? Maybe so. Or, perhaps he/she is just blind to the realities of gender. Guess that happens when your brain is a century behind the times. In addition to the inherent sexism of the sign, wouldn't it read better and be more appealing as "I'm Voting For The Chick?" Must have missed homeschool class that day! 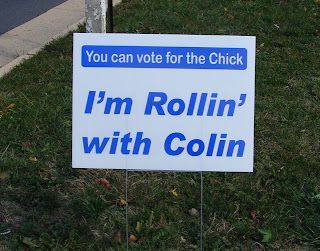 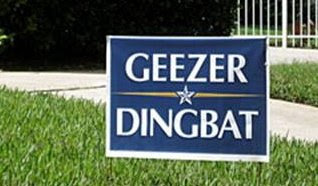